How many times does an AGM yield new collaborative efforts on the spot, in the room? That was an exciting outcome of the CanWaCH 2017 AGM held on Nov. 1. By the end of the day, attendees had joined together to create or advance 15 initiatives to improve the lives of women and children around the world.

All 15 initiatives are a huge testament to the passion of the approximately 140 attendees joining from as far away as India, Pakistan and Africa, and as close as Ottawa, Peterborough and Toronto.

People were clearly acting from a sense that it is possible to come up with more meaningful and effective ways of doing things. They were willing to boldly identify what they believe should happen. Perhaps most telling – and risky –  they were willing to take a first step towards acting on their beliefs.

The fact that the efforts cross organizational, hierarchical and sector boundary lines makes them especially thrilling. In one example, a Canadian film-maker, three Pakistani professors and a journalist are joining together to explore exciting new possibilities for taking on the disturbing rise of youth mental health concerns. People are coming together around what they want to see happen regardless of their roles, positions or silos.

As the 15 initiatives were announced, there was a stunning display of support from the room. Many clearly want to see these initiatives succeed. They voiced out loud the tangible, specific, meaningful supports they are willing to offer – from references to webinar hosting to funds and much more.

Individuals in communities of all kinds are seeking new ways of being together. One AGM attendee described the kind of connecting that most of our Western culture does, especially professionally, as being divided by a glass wall. “Can we crack that glass wall?” was the question put into the room early in the day.

Judging by the feedback and outcomes of the day, it would seem the answer is a resounding yes.

It Starts with Connection

Change happens at the speed of relationship. This is a central principle of the AGM’s hosting team from the Resonance Centre for Social Evolution. The team began the day by guiding participants through a dialogue experience of connecting with one other.

Instructed to talk with someone “you know the least,” the dialogue experience sparked dozens, if not hundreds of new interactions, relationships and even potential partnerships.

Some nervous laughter and joking punctuated this part of the day as people admitted to finding it difficult to engage in the kind of disciplined listening asked of them. There was also a wave of positive delight. “I feel I’m in heaven,” one person exclaimed after a deep listening and conversing experience with two other people.

Undergirding this connecting experience is an awareness that most communities, and certainly organizations, are not places that welcome all aspects of our being. “They ask us to play our defined roles and pretend we are rational actors. In truth, we are so much more – complex beings of emotions, desires, life roles and ambitions.” (Peters et al, 2017).

The dialogue experience that began the AGM was designed to break that usual pattern of relating and introduced us to new practices.

If connection determines the speed of change, then a sense of what’s possible most surely determines the scope. Through a guided experience of reflection and dialogue, every AGM attendee crafted a possibility statement that both inspires them and that they believe has the power to transform their community within the larger context of improving women and children’s health globally.

About 30 people voiced these statements of possibility in a powerful display of hope and agency. Everyone had the opportunity to present what they had come up with in written form.

There was a visible opening up of energy in the room as these statements were shared.

Here’s a sampling of the 140 statements:

I believe we can be more inclusive of those who are different.

I believe we can set aside our assumptions in order to truly listen to the needs of women and children.

I believe we can change newborn health outcomes in the remotest of areas.

I believe we can change the health outcomes of people in the remotest areas of the world if we can bring our differences together.

I believe we can transform Canadian values and make investing in the health and nutrition of women and children a point of national pride.

I believe we can together create a world free from female genital cutting.

I believe we can eradicate maternal and infant mortality rate differentials internationally and domestically.

I believe that we are deeply committed to equity and justice, and that we can use this to transform our world.

I believe we can see a whole world of healthy, happy and prosperous women and children within our lifetime, if we all take a collaborative, integrative and systems-based approach..

Creating the Conditions for Transformative Change

David Morley, Chair of CanWaCH Board of Directors, made real the kinds of issues that CanWaCH members are working on as he described his recent trip to sub-Saharan Africa where he visited a “concentration-camp-like” refugee settlement.

“It seems so far away, but it’s not,” he said. “We do have a chance to make a difference in the lives of women and children and men and family even in a place as horrific as the one I visited.”

Imagining the ripple effect of the AGM’s 14 initiatives, 140 possibility statements, and web of new connections – it is easy to believe that the conditions for transforming women and children’s lives globally have now been born.

The work doesn’t end with the AGM! Follow-up calls with the champions of the 15 initiatives are slated for mid-November, followed by a whole-group reflection call.

The intent is to offer some central support for all that surfaced, while committing to allowing people the freedom to engage and take the lead.

The hope is that the same spirit and practices that shaped the AGM will continue to shape the work going forward. Most will likely agree that at the top of the list should be practices that support vulnerability, deep listening, goodwill and equanimity.

Michelle Strutzenberger is a Team Member at the Resonance Centre. 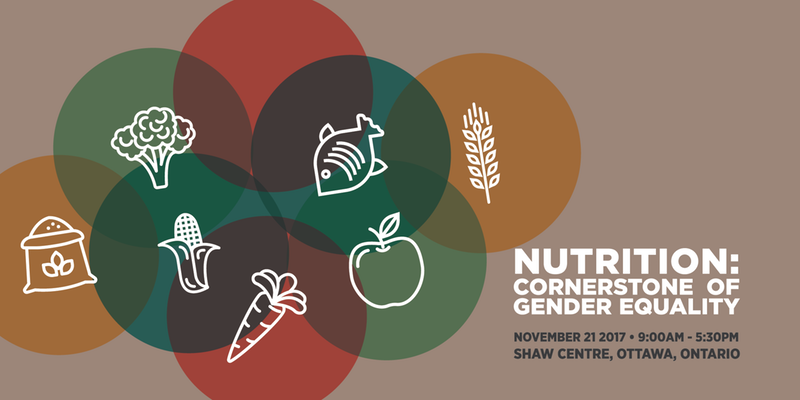