Man Up: Men Step Up in Maternal and Child Health in Ethiopia

Just over five years ago, the Canadian government committed to improve the health of mothers and children at the G8 Summit in Huntsville. With support from that initiative, Amref Health Africa set our sights on improving maternal, newborn and child health in the remote South Omo region of Ethiopia, where the lack of both supply and demand for health care were key factors in high rates of maternal and child deaths.

Amref Health Africa has made remarkable strides in working with communities in South Omo to improve the health of mothers and babies over the past three years. Among the highlights: more than 600 trained health care workers are treating pregnancy and childbirth complications; robust referral networks and ambulance dispatch systems have served over 6,300 cases; pregnant women are seeking out health care before, during and after delivery more than ever; and over 10,000 children have been immunized against potentially fatal diseases.

These achievements, though seemingly small in scale, are inseparable from the significant ones that have been made in keeping mothers and children alive globally. The United Nations’ Millennium Development Goals Report 2015 shows that, since 1990, the maternal mortality ratio has declined by 45 per cent worldwide, with most of the reduction occurring since 2000. Perhaps most astonishingly, the global under-five mortality rate has declined by more than half, dropping from 90 to 43 deaths per 1,000 live births between 1990 and 2015.

Tied to the continued gains in maternal and child health is the need to confront and transform gender norms to engage men as partners in the health of their families. In South Omo, this means educating men not only on the importance of reproductive, maternal, newborn and child health care, but on the benefits of shared decision-making within the broader spectrum of gender equality. Evidence shows that educating men about family health leads to improved communication between men and their female partners about topics such as the health of pregnant mothers and child immunizations, and that men who are well-informed about reproductive health are more likely to make better health choices for themselves, their partners, and their families.

As Amref Health Africa’s project neared its completion, I traveled to South Omo and saw first-hand how involving fathers affects the health of mothers.

I visited the only hospital in the vast, distant and incredibly remote South Omo region, located in the town of Jinka, serving nearly 630,000 people. On my tour of the hospital I passed through the Maternity Waiting Area, where women who are at high risk of experiencing birth complications spend the last few weeks of pregnancy before giving birth. It was here that I met Tarikua Gatso (30) and her husband Gediyon Dari (35). Speaking with Tarikua and Gediyon, it occurred to me that this couple’s experience embodied the results of all of that effort to get men involved in their partners’ pregnancies, and to commit to working towards gender equality.

Two weeks before, and 43 kilometres away from Jinka hospital in their home village of Tolita, Gediyon had accompanied his wife, Tarikua, to a regular antenatal visit at the local health post. There, a health worker detected that the fetus may be malpositioned and referred Tarikua to the nearest regional health centre. A midwife at the health centre examined Tarikua, and in turn referred her to Jinka Hospital for the necessary care. Tarikua and Gediyon traveled the 43 kilometres to Jinka hospital using the new ambulance dispatch system made possible by the project. At the hospital, a doctor was able to confirm that the fetus was indeed malpositioned using an ultrasound machine. Tarikua was admitted to the Maternity Waiting Area so that, during labour, they would be able to monitor the position of the fetus and perform a caesarean section if required.

While there is no fee to stay in the Maternity Waiting Area, patients are responsible for services such as laundry and food. Gediyon told me that he had been caring for his pregnant wife for two months. When I asked him why he chose to stay with his wife in the hospital’s Maternity Waiting Area, he said: “If I send her to the hospital alone who will help her? She is far from her village and I can help by preparing meals for her and making sure her clothes are clean…When we married, we agreed to help each other in good times and bad times. She helps me and I help her in life.”

Kevin O’Neill is the Director of Programmes at Amref Health Africa in Canada, an international development organization that partners with communities in Africa to create lasting health change. 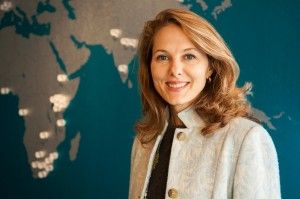 The Road Ahead: Mothers and Children in Humanitarian Crises 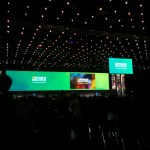 The Most Important Conversation in the World