Seeing the World Through a New Set of Lenses 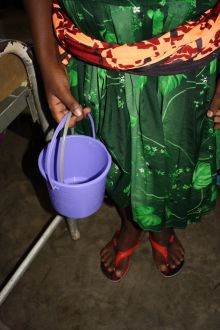 This week, Save the Mothers, a Canadian NGO in Uganda, held a reunion for graduates and students of its Master of Public Health Leadership (MPHL) program. It was a timely event; as International Women’s Day approaches, it served not only as a celebration of all our graduates have accomplished, but also as a reminder of all that remains to be done.

Save the Mothers’ MPHL is a two-year, modular degree that equips multidisciplinary East African professionals to effectively address the root causes of maternal death and illness.

As executive director of the program, I heard powerful, moving testimony that these community leaders are seeing the problem of maternal mortality through a new set of lenses, as they work within their own spheres of influence and expertise to save the lives of mothers and their babies. Cultural acceptance—of mothers dying from pregnancy related complications—has long been a fact of life in this part of the world. But cultures can change.

I listened to Rebecca Birungi, a Ugandan radio journalist and graduate of the Save the Mothers (STM) program. She shared about the increasing demand for “couple communications” through the healthy choices radio programme she directs. The programming is positively influencing couples’ behaviour; 73 percent of listeners report taking action as a result of what they’re learning through the program. Nearly 80 percent of couples who listen to the radio show have discussed family planning together, compared to only 60 percent of non-listeners. (Uganda’s fertility rate is 6.2 children per woman, a rate that is choking the country’s capacity to provide for the most basic needs of its citizens). As a result of her studies and work, Rebecca is seeing things differently, using her influence to bring real change in eight, hard-to-reach districts of Uganda.

I smiled as Allen Baguma stood up to share her story. A businesswoman and author, she knows the power of effective communication. But on this occasion, she didn’t communicate alone; she had brought a young man, by the name of Abbas, with her. The moment Abbas stood at the front of the room, I knew we were in for something unique. At 23, with dreadlocks and the look of a rap singer, he belted out a beautiful song, We must take care of the mothers. Abbas had lost an aunt to unsafe motherhood, and his conviction and personal pain were evident. Allen has sought out other talented young singers like Abbas, mobilizing them as youth volunteers to effectively communicate the critical importance of safe motherhood to their generation. As a result, artists and audiences alike are seeing the world of motherhood differently, learning that mothers can and should be saved. Allen is moving forward with other unique ideas to communicate safe motherhood, such as the creation of cartoons for children.

Joan Kabayambi reminded me that poor maternal health isn’t just about mothers dying. It’s also about indescribable, unnecessary suffering. As a social scientist, Joan shared that she first learned about fistula through her studies in the STM program. The first time she heard it discussed in class, she wanted to learn more and resolved that very day, to make a difference. As part of her MPHL, she completed and published a study on victims of fistula—gaining more insight into the issues and tragedies in the lives of victims (women who leak urine and stool constantly) as a result of unsafe motherhood. Upon graduating from the STM program, Joan started an outreach organization for victims called “Hope Again Fistula.” Seeing the devastation of unsafe motherhood, she has gained a new set of lenses, becoming a champion against fistula in Uganda.

As the meeting came to an end, Roselline Achola (STM grad 2009) summed things up. “The most important thing Save the Mothers has given us is the ability to see outside the box, to find the solution, to look at the issue [of maternal mortality and morbidity] in a whole different way.”

Cultures can change. But they do so only as people change the way they think and believe. I’ve seen there’s nothing more powerful than indigenous change agents working together from within a culture to stimulate positive change for mothers and their babies in the developing world.

Dr. Jean Chamberlain Froese is executive director of Save the Mothers and Associate Professor at McMaster University. She lives and works in Uganda, eights months of each year. 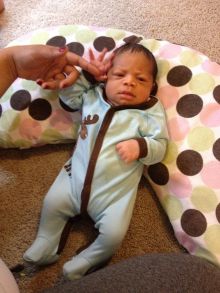 Experiences of Childbirth: A Contrast

Joining Hands to Improve the Health of Mothers and Children