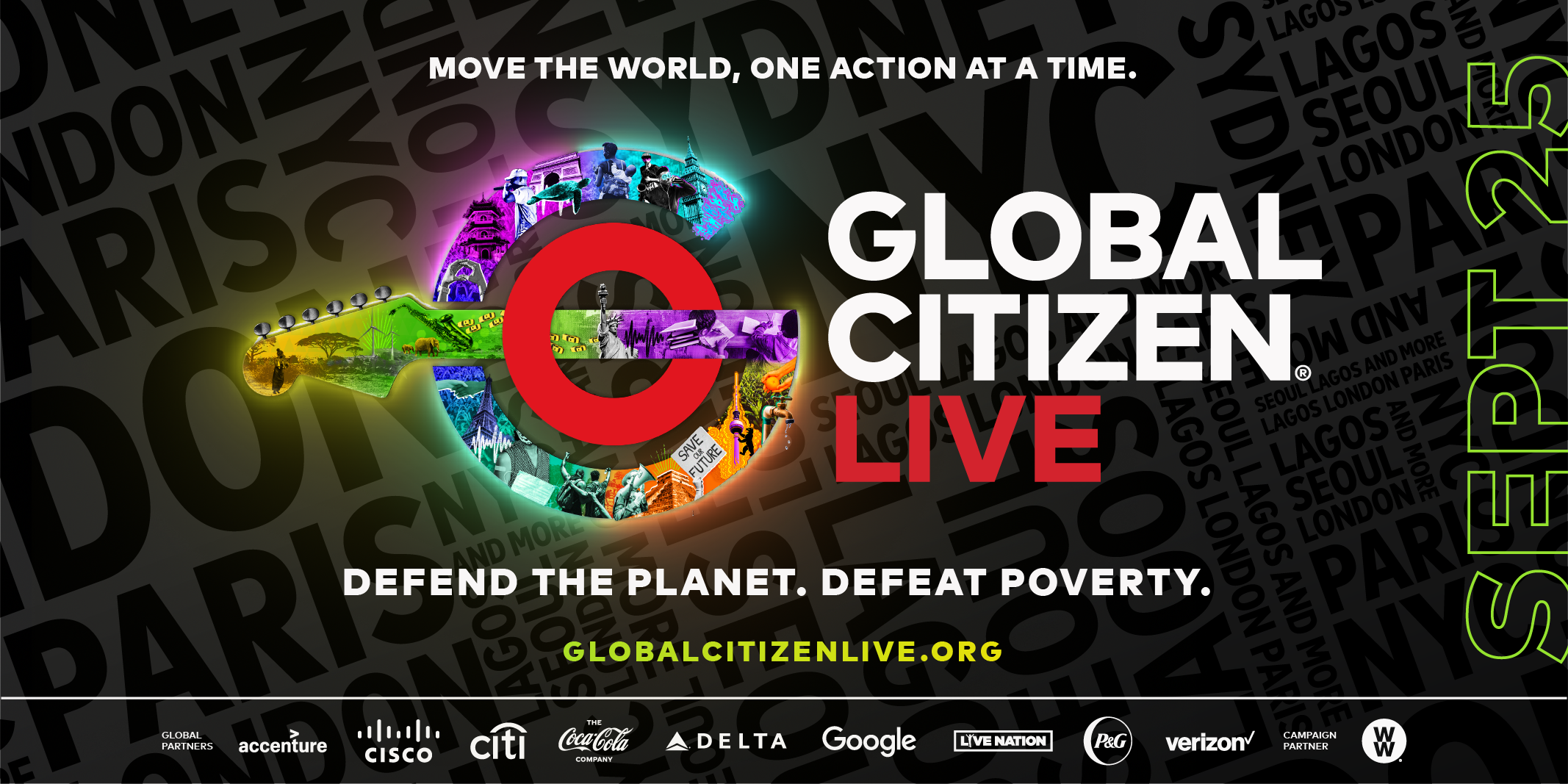 On Saturday, September 25, Global Citizen will present GLOBAL CITIZEN LIVE, a 24 hour global broadcast and streaming event featuring an extraordinary lineup of artists, with performances from all over the world, including: New York City, Paris, London, Los Angeles, Lagos, Rio de Janeiro, Seoul, and Sydney. With the support of world leaders, partners, activists, artists, and everyday Global Citizens, Global Citizen Live will be a movement uniting the world to defend the planet and defeat poverty.

Today, we are announcing to Global Citizen Live: