16 Days of Activism against Gender-Based Violence 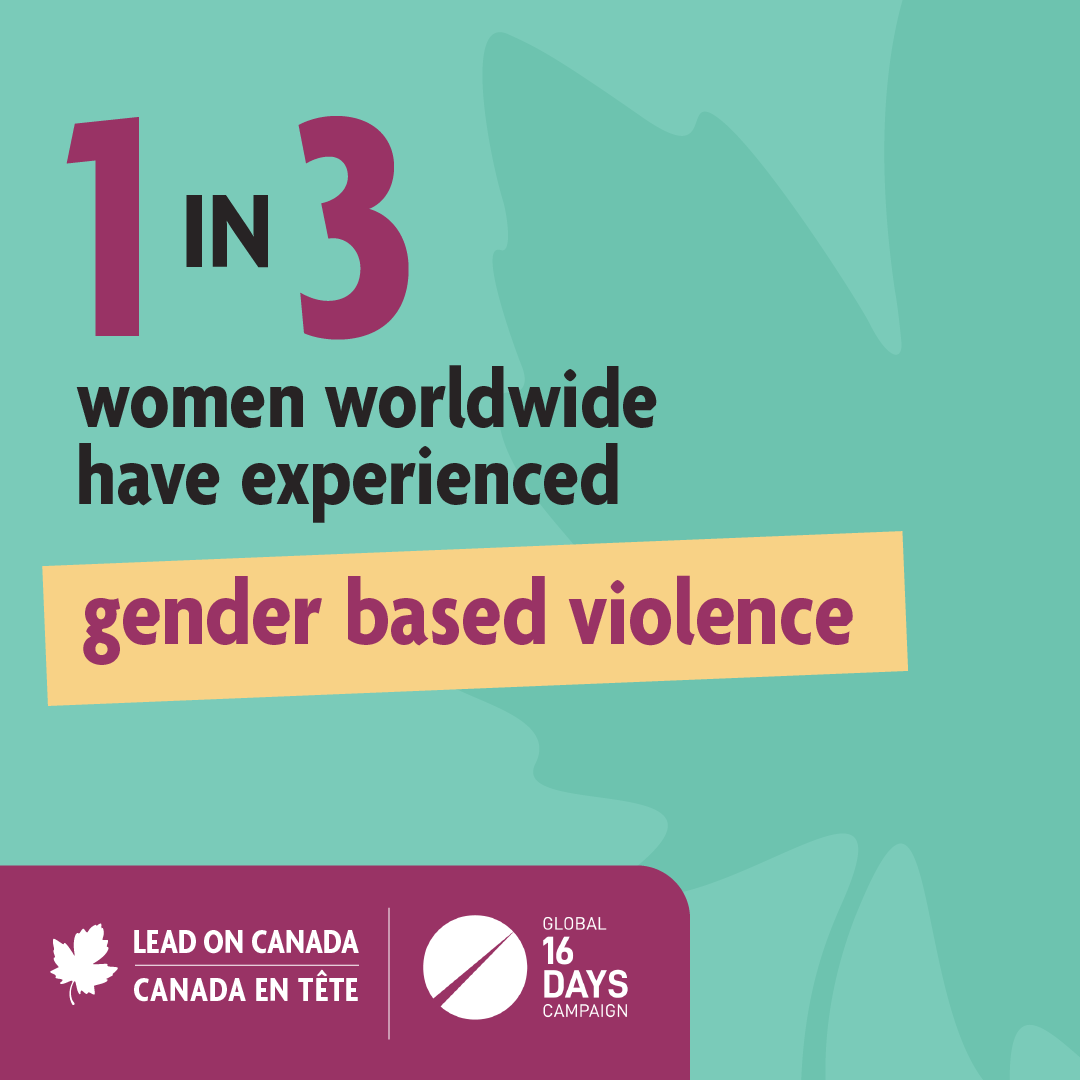 Every year, from November 25 (International Day for the Elimination of Violence against Women) to December 10 (World Human Rights Day), Canadians observe the 16 Days of Activism against Gender-Based Violence. It is an opportunity to come together to call out, speak up and renew our commitment to end gender-based violence.

Everyone deserves to live, work and study in a safe environment free from violence. However, many people in Canada and around the world continue to face violence every day because of their gender, gender expression, gender identity or perceived gender.

The 16 Days of Activism against Gender-Based Violence is an annual international campaign that kicks off on November 25, the International Day for the Elimination of Violence against Women, and runs until December 10, the World Human Rights Day. It was started by activists at the inaugural Women’s Global Leadership Institute in 1991.

The 16 Days are an opportunity to come together as Canadians, and with partners around the world, to call out and speak up on gender-based violence and to renew our commitment to ending violence against women, girls, LGBTQ2 (Lesbian, Gay, Bisexual, Transgender, Queer, Two Spirit), and gender diverse individuals. In Canada, we also observe the National Day of Remembrance and Action on Violence against Women, honouring the memory of the women we lost during the tragic mass shooting at Polytechnique Montréal on December 6, 1989.

What is gender-based violence?

Gender-based violence is violence that is committed against someone based on their gender, gender identity, gender expression or perceived gender. Women; girls and young women; Indigenous women and girls; LGBTQ2 and gender diverse individuals; women living with a disability; and women living in Northern, rural and remote communities are at greater risk of gender-based violence.

Learn more about who gender-based violence affects in Canada.

Gender-based violence during the COVID-19 pandemic

We all have a role to play in creating safe homes, schools, workplaces and communities. Now, more than ever, collective action against gender-based violence is needed, as we navigate the evolving COVID-19 crisis. The COVID-19 pandemic has highlighted gaps in the very systems designed to keep people safe. It has created unprecedented challenges for those experiencing gender-based violence and the organizations that provide supports and services to them.

The stress and anxiety resulting from physical distancing measures was a top concern for many Canadians in early April 2020. One in 10 women reported being very or extremely concerned about the possibility of violence in the home.

In addition, young women between 15 to 24 years old were substantially more likely than young men to be very or extremely anxious about violence in the home (12% versus 8%, respectively). (Statistics Canada)