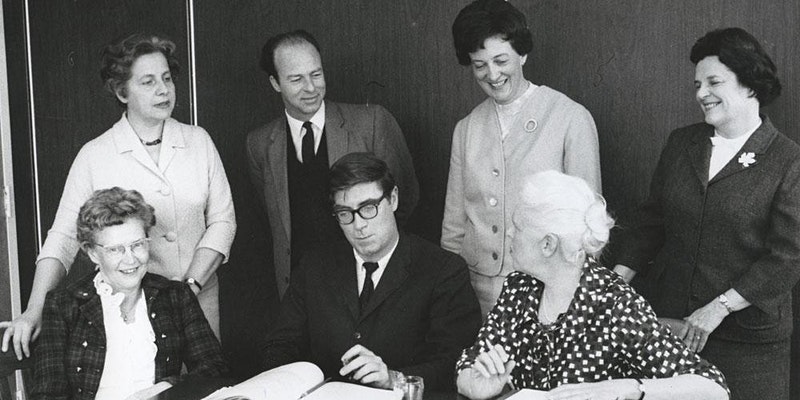 The Honourable Elizabeth Dowdeswell Lieutenant Governor of Ontario invites you to join her for an important dialogue on the afternoon of Monday, December 7, 2020 from 3 to 4:30 p.m. as we celebrate the 50th anniversary of the Royal Commission on the Status of Women in Canada report and ensuring the unfinished business of equality of women and girls.

Lisa Laflamme, OC, OOnt Ms. Laflamme is a Canadian television journalist, and currently the chief anchor and senior editor of CTV National News. She is trailblazer for women in Canadian news broadcasting, covering some of the biggest stories of the times.

The Honourable Monique Bégin, PC, OC, FRSC Dr. Monique Bégin was executive secretary for the Royal Commission on the Status of Women in Canada. She was declared the first woman from Quebec to be elected to the House of Commons, followed by Jeanne Sauvé and Albanie Morin and held the first Joint Chair in Women’s Studies at Carlton and the University of Ottawa.

Ms. Maureen O’Neil, OC Ms.O’Neil is the former President of the Canadian Foundation for Healthcare Improvement, was President of the International Development Research Centre, lead Status of Women Canada and represented Canada on the UN Commission on the Status Women.

Ms. Lorna Marsden, CM, OOnt Canadian sociologist, academic, and former politician Ms. Marsden is the former President and Vice-Chancellor of both Wilfrid Laurier University and York University, she is also a former senator.

The Honourable Jean Augustine, PC, CM, OOnt, CBE Jean Augustine was the first Black Canadian woman elected to the Parliament of Canada and served three terms as Chair of the National Liberal Women’s Caucus. Ms. Augustine has contributed to Canada’s official multiculturalism policy, and in 2008 the Jean Augustine Chair in Education was established at York University.

Roberta L. Jamieson, OC Roberta Jamieson is Mohawk and current president and CEO of Indspire. She was the first First Nation woman in Canada to earn a law degree; the first woman Ombudsman of Ontario; and the first woman elected Chief of the Six Nations of the Grand River Territory.

The Office Of The Lieutenant Governor Of Ontario