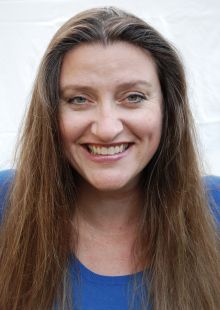 Dr. Angel M. Foster is an Associate Professor in the Faculty of Health Sciences and the 2011-2016 Endowed Chair in Women’s Health Research at the University of Ottawa. She holds a doctorate from the University of Oxford, an MD from Harvard Medical School, and both master’s and bachelor’s degrees from Stanford University. Her research focuses on emergency contraception, abortion, and health professions education and she leads projects in 12 different countries, including a number of conflict-affected settings. She has authored more than 100 publications and co-edited two books; her next book will be released in 2018. She is currently leading the revision of the Inter-Agency Field Manual for Reproductive Health in Humanitarian Settings. Dr. Foster serves on the Board of Directors of the National Abortion Federation. In 2017 the Guttmacher Institute bestowed on her the Darroch Award for Excellence in Sexual and Reproductive Health Research. 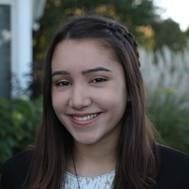 Diviya is a grade 11 student who is passionate about girls’ rights and has been an active member of Plan International Canada Speakers’ Bureau for more than 4 years. When she was 11, Diviya entered a speech competition at her school and won the contest with a speech highlighting issues girls face in developing countries. Diviya now has her own blog, “Diviya Lives Here”, which has been viewed in over 50 countries around the world, and features posts about girls’ rights, social justice, and inspirational people who are working to change the world for the better. Diviya has taken action both locally and globally through spearheading fundraisers and campaigns, along with starting her own Champions of Change club. In October of 2016, Diviya was chosen along with 12 other girls from across Canada to take part in a Plan International Canada initiative in honour of International Day of the Girl called ‘Girls Belong Here’. 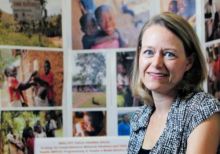 Dr. Jenn Brenner is a pediatrician and the Director of Global Maternal, Newborn and Child Health Initiatives (MNCH), and a Clinical Associate Professor at the University of Calgary. She has a passion for global health and has practiced medicine and supported health initiatives in a number of countries. For nearly two decades, she has served as the Canadian Director of Healthy Child Uganda, a university partnership in SW Uganda. More recently, Jenn has worked in collaboration with university partners to scale up MNCH Initiatives in Tanzania through the Mama na Mtoto initiatives. An important cornerstone of all interventions has been high-quality metrics measurement and reporting resulting in important documentation of best practice MNCH implementation models.   Jenn was a founding and executive member of the Global Child & Youth Health Section at the Canadian Paediatric Society, is a CanWaCH Metrics Working Group member, and has participated in the Canadian Academy of Health Sciences’ Expert Panel on Canada’s Strategic Role in Global Health. 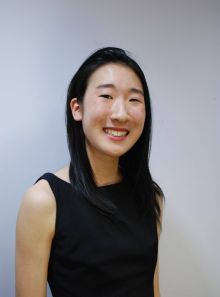 Brianna is a Life Sciences graduate from McMaster University. Her passion for improving health equity in local and abroad communities, especially among at-risk populations, is reflected through her consistent and innovative leadership efforts. When she was an undergraduate student, she helped grow and establish the first Student Chapter of the Canadian Coalition for Global Health Research (CCGHR) and sought to advance the dialogue on violence against women through the Global Health Agora, a novel inter-professional community engagement platform. Her mentorship has helped to guide new CCGHR chapters that have since expanded across Canada. Brianna has also demonstrated a continued scholarly dedication to women’s health issues. With her undergraduate academic work spanning gender-inclusive water governance policies to perceptions of malaria, Brianna is committed to a vision of global solidarity and advocacy to advance women and children’s health.

There are many benefits to becoming a CanWaCH member or associate.

Read about them here.