Two billion people around the world suffer from malnutrition, but it is not often acknowledged how girls are disproportionately affected more than boys.

Often eating least and last, girls experience anaemia at a higher rate than boys, for example, which has ripple effects on their performance at school and later in life.

At a time of increased attention on women and girls’ rights and well-being, it seemed important to us at Nutrition International to remind the global development community that if we are serious about promoting gender equality and creating better conditions for girls to “empower” themselves and achieve their dreams, nutrition is a critical part of the equation.

At the same time, we needed to recognize the existing social barriers that also hold girls back.

This prompted our communications and advocacy teams to look for creative ways to bring a new, more powerful message to our audiences. Together, we came up with a plan.

A campaign that addresses girls’ malnutrition and stereotypes

On last year’s International Day of the Girl Child, we launched the With Good Nutrition She’ll Grow Into It campaign to raise awareness of the mutually reinforcing relationship between nutrition and gender equality. We wanted to make crystal clear the role of nutrition in helping girls achieve their dreams.

We created a campaign with compelling and positive visuals to captivate our audiences and help them imagine what the future could look like for girls when they are well-nourished.

But we took it a step further and tried to address another underlying issue standing in the way of a girl’s dream: stereotypes. We knew the campaign would be seen by people all over the world, including places where cultural norms and beliefs can severely restrict a girl’s dream.

It is common knowledge amongst gender experts that the more you present women and girls in non-traditional roles, the more you build social acceptance and create a sense of normality around them. With that in mind, we intentionally placed girls in what could be considered unusual roles in some communities. She’ll Grow Into It protagonists are doctors, mechanics, engineers, construction workers, orchestra conductors, athletes, pilots, chefs, judges, journalists and more.

A campaign inspired by girls

Roles imagined for girls in our campaign were inspired by girls we met in Africa and Asia, who provided infinite inspiration. “I want to become the president of my country,” we were told by a bold 15-year-old Marion from Kenya. “I want to become a pilot,” declared Samrawit from Ethiopia. “I want to be a judge,” stated Aorpa when we met her in Bangladesh.

In small villages and big towns, we have met girls that are bold and daring, open to all possibilities and that have limitless imagination ― girls who want the freedom to become everything they want to be. Those are the girls who directly inspired and influenced this campaign.

Colleagues in our local country offices expressed appreciation for reframing the conversation and presenting girls in a new light. Their dreams are not limited to strict gender roles and can reach as far as their imagination.

A platform for girls to empower themselves

Since its launch in 2017, the campaign has spread fast across the web and across the world.

Audiences responded favourably, reporting feeling hopeful and optimistic when seeing the smiling faces of young girls as they look ahead to their future. They loved its positivity and how it put girls in roles that push the envelope on what’s possible.

To our delight, the concept resonated with global influencers and decision-makers who readily expressed their support.

Earlier this year, for example, Sophie Grégoire Trudeau, Canadian advocate for women and girls and wife of the Canadian Prime Minister, and the Honourable Harjit Sajjan, Canadian Minister of Defence, participated in the launch of the campaign in India.

In a small and intimate space, they met with 12 adolescent girls who have travelled from Gujarat to share their hopes and ambitions and discuss the barriers they face to achieving them. For these girls, the campaign provided a platform for their voices to be heard by world leaders, and to be strong advocates for themselves.

Initially created to trigger a global conversation about girls’ nutrition, we could not have predicted how the campaign would become this phenomenal engagement platform. It has created opportunities for us to engage with adolescent girls on a new level and start a conversation where they have a powerful voice. And this matters more than almost anything.

There are certainly enough lessons learned through our experience with She’ll Grow Into It to write a book. But as a way of conclusion, we will leave you with a few takeaways, which we hope will be of some inspiration as you look for ways to advance girls’ rights and well-being:

This is just the beginning of a long adventure for us. She’ll Grow Into It has taken us on an unexpected journey that is full of surprises, and rich with joyful and impactful moments that have left an impression on many people around the world.

Now it’s your turn. Help us spread the word: with good nutrition, girls can grow into their dreams.

Nutrition International is a global organization dedicated to delivering proven nutrition interventions to those who need them most. Working in partnership with countries, donors and implementers, our experts conduct cutting-edge nutrition research, support critical policy, and integrate nutrition into broader development programs. In more than 60 countries, primarily in Asia and Africa, Nutrition International nourishes people to nourish life.

This post is a part of the Gender Equality Matters blog series which tackles a range of pressing issues related to gender equality. This series examines urgent challenges, profiles success stories and provides timely insight on key issues in global health through a gender equality lens. Click here to subscribe to the Gender Equality Matters blog series. 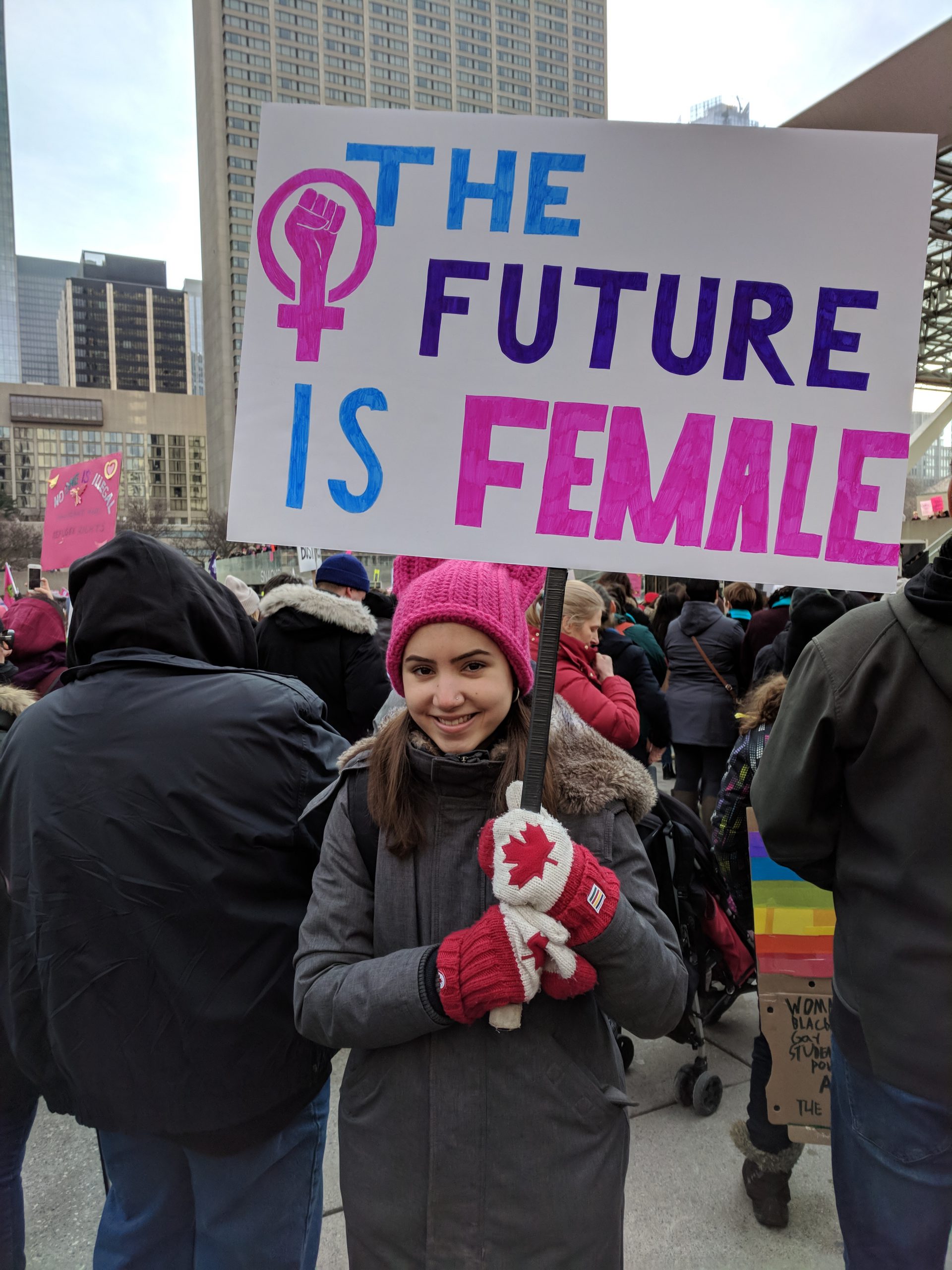 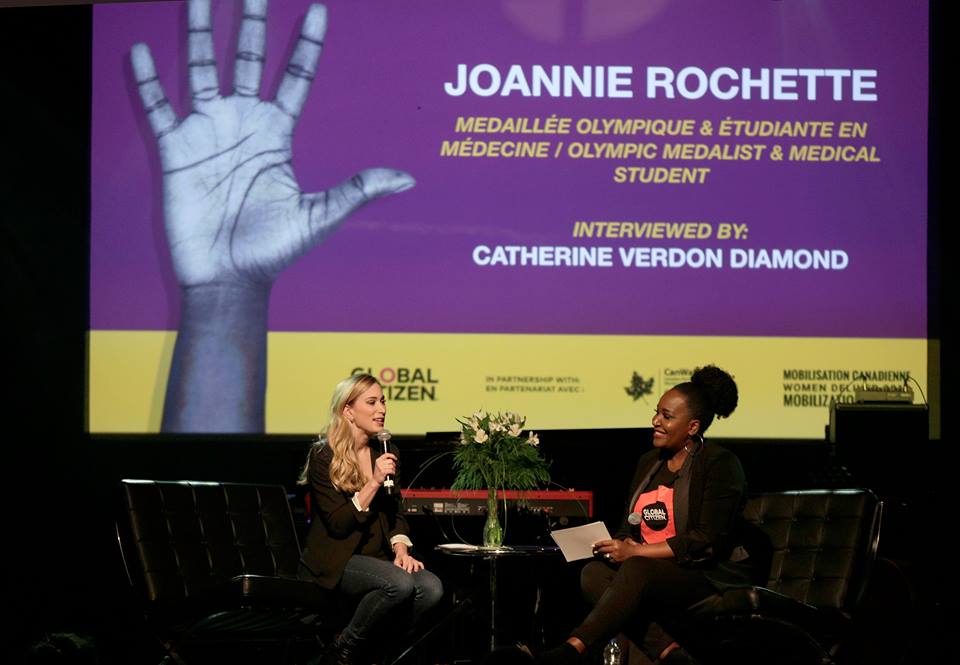